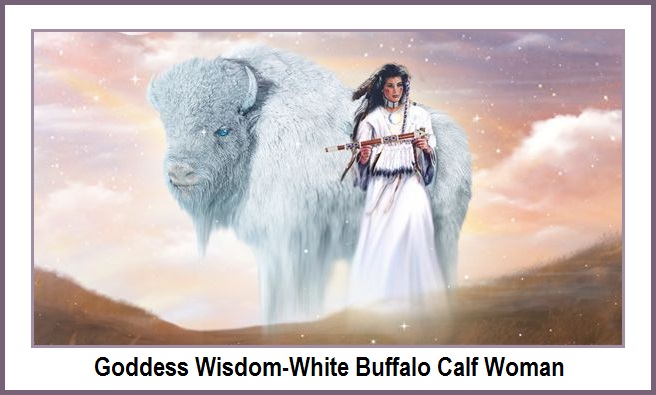 “It was told that next time there is chaos and disparity,  she would return again.

She said she would return as a White Buffalo Calf. Some believe she already has.”

Friend do it this way – that is,
whatever you do in life,
do the very best you can
with both your heart and mind.

And if you do it that way,
the Power Of The Universe
will come to your assistance,
if your heart and mind are in Unity.

If you do it that way – that is,
if you truly join your heart and mind
as One – whatever you ask for,
that’s the Way It’s Going To Be.

I believe we are now seeing Women Wisdom at this time throughout the World.

We are now seeing Women Wisdom at this time throughout the World.