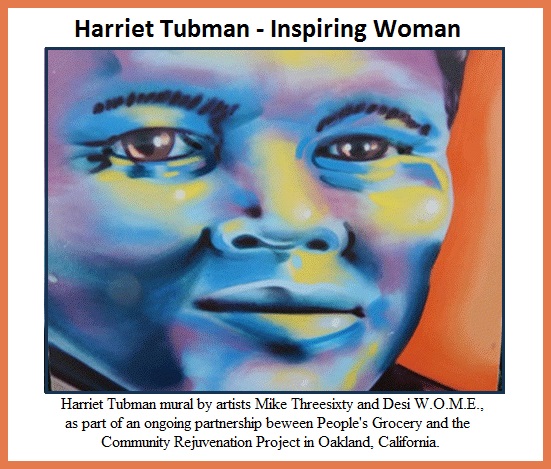 Harriet Tubman is perhaps the most well-known of all the Underground Railroad’s “conductors.” During a ten-year span she made 19 trips into the South and escorted over 300 slaves to freedom.  The Underground Railroad (UR) was not underground nor was it a railroad. It was called “underground” because of its secretive nature and “railroad” because it was an emerging form of transportation. In all of her journeys she “never lost a single passenger.”  Robert Moss wrote in his book The Dreamer’s Book of the Dead, that Harriet used her dreams and visions for guidance on her dangerous missions.  She was guided by dreams to make her own escape, and guided by visions to return to the South bring out others; her dreams showed her how to smuggle people safely past the posses and bloodhounds. 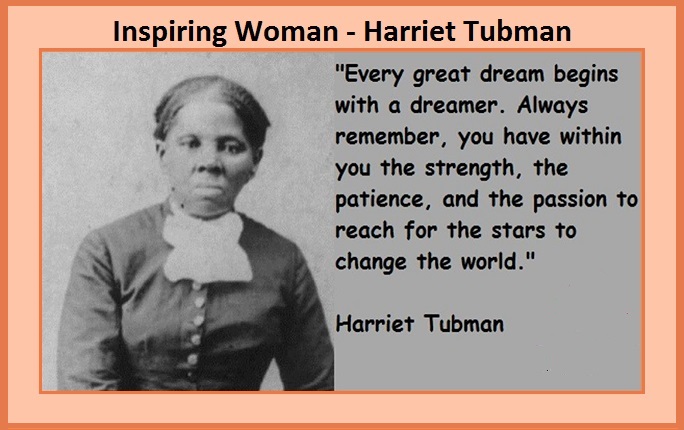 Around 1844 she married a free black named John Tubman and took his last name. (She was born Araminta Ross; she later changed her first name to Harriet, after her mother).   During 1849, in fear that she, along with the other slaves on the plantation, was to be sold, Tubman resolved to run away. She set out one night on foot. With some assistance from a friendly white woman, Tubman was on her way. She followed the North Star by night, making her way to Pennsylvania and soon after to Philadelphia, where she found work and saved her money.  Tubman had made the perilous trip to slave country 19 times by 1860, including one especially challenging journey in which she rescued her 70-year-old parents.

As a modern times woman, I have so much respect and admiration for woman’s strength and determination.  Especially after reading about what health struggles she had to deal with most of her life.  When Harriet was a teenager, she found herself in between a slave who was trying to escape and his overseer. The overseer threw a two-pound weight at the man which struck Harriet in the head.  For the rest of her life, she had seizures and excruciating headaches, and would suddenly fall unconscious. When she was in her late seventies (in the 1890s), desperate to relieve her suffering, she underwent brain surgery — with no anesthesia. She bit down on a bullet, as she had seen Civil War soldiers do during amputations, and afterwards said, “He sawed open my skull, and raised it up, and now it feels more comfortable.”  There has never been a movie made to tell the story of the female called “Moses”. Hopefully, as we start receiving and spending the new $20 bills, we will think about this amazing woman and be inspired by her.

WHAT WOMEN INSPIRE YOU?